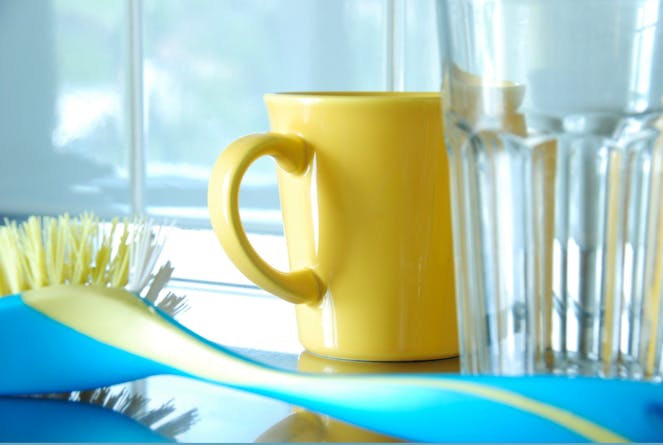 From dyeing your hair to fixing your car, doing things yourself is generally cheaper. And many people say the same goes for pot-washing, too. Why pay for a dishwasher – and its upkeep – when you can buy a £1 bottle of washing up liquid and do the job by hand?

Well, we’re here to help you decide, once and for all, which is best: washing your crockery by using a dishwasher or washing by hand. Oh, and we bet you want to know the answer to the most important question of all, too: which is cheaper? Read on… We’re about to say something that’ll shock you to your core: using a dishwasher is actually cheaper than washing by hand. At least in the long-run. anyway. But it does, however, depend on quite a few factors – and these are:

* The size of your household

* How often you wash up

* How sensibly you stack it

And what we mean by the latter point is this: if you’re not filling your dishwasher to the absolute brim before pressing the ‘on’ switch, you’re definitely not getting the most out of it in terms of value.

In an article over on The Telegraph site, experts suggest that – due to the factors above – it can be difficult to give a definitive answer as to how cost-effective a dishwasher is. But know this: “research carried out by Christian Paul Richter between 2007 and 2008 on two hundred households in Germany, Italy, Sweden and Britain, found that the households which had a dishwasher used on average 50pc less water and 28pc less energy than the households that didn’t own a dishwasher.”

Of course, this fact will have come as a surprise to you. Many people believe that dishwashers use more energy and water than simply washing up by hand – which ultimately would make them the most expensive option.

The folks over at Telegraph Money have done the hard work for us here at My Appliances by putting together a cost comparison via The Energy Saving Trust. The comparison gives homeowners a clear idea of the running costs involved in using either a dishwasher or washing by hand.
And this is the most vital piece of info they discovered:
“One cycle in a typical dishwasher costs the same in energy and water as heating between four to six washing-up bowls of water in the kitchen sink.” So with that interesting fact in mind, ask yourself this: is your dishwasher large enough to ammodate the amount of crockery you’d usually divide between four to six washing up bowls? If your answer’s yes, you might be as well to carry on using your dishwasher. If it’s a no – and you haven’t yet bought a dishwasher but are basing your decision on a ‘guesstimate’, then perhaps you don’t need to rush out and buy a new appliance. After all, it’ll only take up room in your kitchen anyway.

What are your thoughts? Are you a dishwasher user through and through? Or do you prefer to wash your pots and pans the old fashioned way: by hand?