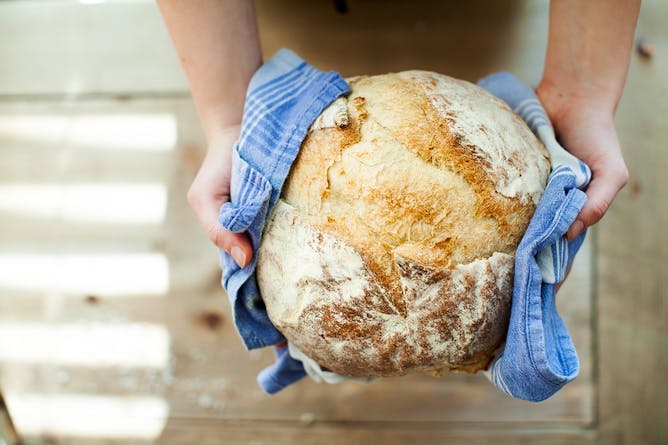 There really isn’t a better rainy day activity than baking. Kids love getting stuck into a good recipe, and who doesn’t love eating the results? Whether you’re baking bread or cupcakes, the whole process from choosing a recipe to cleaning up afterwards and smelling delicious bakey smells waft from the oven, it’s a project you can all work on together.

Why not make it even more interesting by introducing an element of competition? Everyone loves The Great British Bake Off because it’s so calming and terribly British, but it’s also pretty tense too. Nobody wants to fail! Everyone wants a Hollywood handshake! Even if your children don’t think they want to bake, if you offer a prize at the end (we suggest a trophy, or first pick of what film and snacks to enjoy that night)

Here’s how to get a Mini Bakeoff going in your kitchen!

Set Up The Kitchen — Prep Is Everything

Before you start a mammoth baking session with your kids, you’ll want to make sure every surface is clean and tidy, and that everything you need is out and ready to go.

Trust us, the last thing you want is sticky, floury fingerprints all over the cabinets. Getting everything out first also teaches them how to prepare, and gives them an idea of the types of tasks they’ll be carrying out throughout that competition.

Don’t Be Scared Of The Mixer

If you’re supervising, there should be no reason to be scared of letting your children use appliances to make their bakes — especially if you’re there to do most of the work.

Pressing buttons is exciting, while noisy machines with whizzy, whirring gadgets attached are always going to stimulate the imagination. As long as everyone knows how to use them safely, you’re setting them up for a lifetime of safe kitchen fun!

Ask your kids what they’re studying at school or what books they’re reading at the moment and try to think of a theme around their answers. They’ll get to learn more about something they’re interested in, and it gives you a good place to start when coming up with ideas.

Talk About The Ingredients

Why are you using self-raising flour? What’s actually in baking powder? Is yeast alive?

Baking with your children is a great way to teach them more about the food they eat and where it comes from. Talking about what goes into their bread and cakes makes them more likely to think carefully about what they eat and will encourage them to get baking more often too – because how cool are the chemical reactions that happen in a mixing bowl?

The whole idea of a bakeoff competition is that there is a definite winner. So make sure you judge fairly based on the main factors they use in the show (and feel free to add some of your own, too.)

We suggest looking at technique, experimentation, deliciousness, decoration and would-eat-again-itude. If your children are quite young, you might also want to add in an extra point for how well they helped tidy up!

Now all you need is some flour, eggs and a rainy afternoon. On your marks, get set, bake!