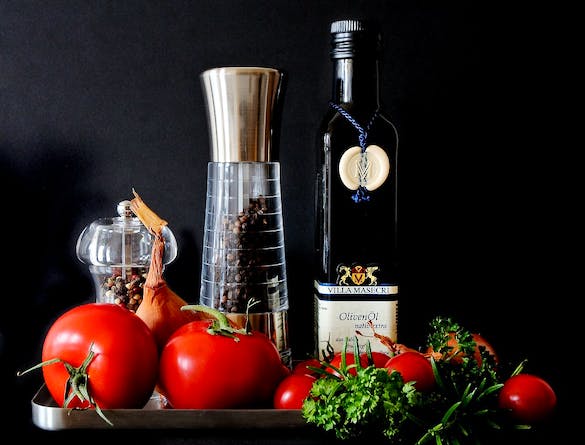 Aside from a good old Sunday roast (and fish and chips every now and then) there isn’t a failsafe ‘British diet’ as such.

In contrast, what the Mediterranean eat is so much more than a diet; it’s a way of life. Indulging on food and socialising with friends and family is all part of the package – and if you’ve ever found yourself in a ‘local’ restaurant in anywhere from Sicily to Santorini, you’ll understand that food is something to be truly savoured – and not ‘wolfed down’ while watching the telly.

True, there’s a lot to be said for the good old gastro pub culture in Blighty – and the social aspect of going down the local boozer for a pint or two with your mates. But few people do great food like the people of the Med – and most of it’s pretty healthy, too. The Mediterranean diet consists of a good dose of olive oil, fruit and veg, and a high consumption of fish – yum! Of course, there’s no better time than now – while we’re in the middle of a glorious British heatwave – to try this summer-friendly diet. There’s even evidence that suggests a Mediterranean diet lowers the risk of heart disease and early death, which is even more reason to give it a go.

To help you, we’re sharing some recipes we’ve found from around the net. We think you’ll like them, since they’re as healthy as they are tasty:

Mediterranean food isn’t all stodgy pasta dishes (below), you know; how about this griddled chicken recipe for a healthy mid-week or weekend meal? It contains fewer than 500 calories per portion and it’s gluten-free – great news for anyone with a wheat intolerance, then. …and here’s one for the vegetarians – after all, you can still enjoy a Mediterranean diet if you don’t like (or want to eat) meat. Ridiculously easy to prepare, this is an ideal lunch time meal. Failing that, serve it alongside a little salad or some more veg in the evening. Would you give this recipe a go? In fact, these garlic, anchovy and olive flat breads would be lovely – that is, if you’re eating this meal as a non-veggie.

Sounds delicious doesn’t it – and this couldn’t be more ‘Mediterranean’ if it tried! Serving two and taking just 30 minutes to cook in the oven and around the same time to prepare, this chorizo classic via Delicious magazine brings ‘a taste of Spanish sunshine to your midweek dinner’.

One Pot Pasta with Goat’s Cheese and Spinach

…and another for the vegetarians amongst you. This one-pot pasta dish isn’t overly stodgy, though, which means it won’t leave you wanting to unbutton your jeans when you’ve eaten it. Rich and creamy, it can be garnished with some extra Parmesan for a lovely, cheesy kick – yum!

Which of these meals will you be trying first? Let us know by commenting on this blog (below).

Psst! Are you following My Appliances on Facebook? Make sure you do by heading here.