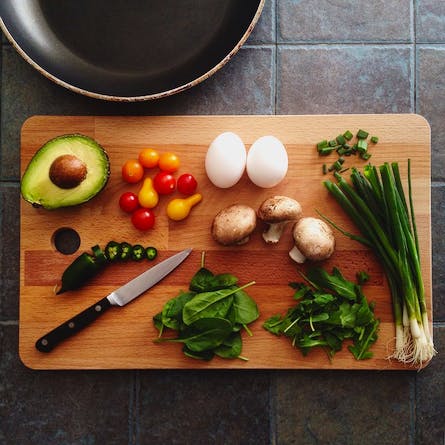 We all have a favourite recipe. From a comforting shepherd’s pie to a cracking Sunday roast, Chicken Tikka Masala to homemade macaroni cheese, whatever your favourite dish is, it certainly brings a bit of happiness to your day.

And you’re not alone – celebrities also have a favourite teatime treat or two. They may have their face on the cover of Vogue, or star in blockbuster films, but they’re still human, after all – a person with cosy memories of stirring their grandma’s jollof rice, or a love for making perfectly flaky croissants. It’s always fun to hear about the favourite dishes of the rich and famous, because it feels like we’re a little closer to them. Especially if their favourite recipe is the same as ours!

So what do celebrities like to cook and eat? Let’s have a little snoop around, shall we?

Surprisingly enough, Taylor Swift loves to cook. We thought she’d have an army of people on hand to bring her any meal she fancied, but in a recent piece she noted three of her favourite recipes. One of them was a brilliant take on Fajitas by Jamie Oliver, using a cheat’s version of molé sauce. Nice choice, Taylor! Muy caliente! Do celebrity home cooks get any bigger or more surprising than Barbra Streisand? The singer, actress and all-round entertainer has enjoyed a career spanning six decades, so forgive us if we thought she had a little too much on her plate(pun intended!) to think about messing about in the kitchen. But no! Using her own pure imagination, she’s come up with an easy and delicious instant coffee ice cream made with melted marshmallows. Eva Longoria might have played a desperate housewife, but her busy career has seen her travel all over the globe. So it’s no surprise that her favourite go-to recipe is a zesty, fresh guacamole – something you can knock up quickly, but packs a real punch. Oh, and Martha Stewart approves, so you know it’s good.

Elizabeth Taylor makes a great steamed chicken with wine. Now that’s a sentence we never thought we’d write. How do we know this? Take a look at the recipe here, and imagine the White Diamonds star cooking in all her jewels and finery. Is there anything more glam?

We all know that Elvis was the king of food. Not necessarily always ‘good’ food, but the man could surely eat. So it’s no surprise that he liked to cook too, and his favourite recipe – as well as something called ‘chicken fried steak’– was this beautiful strawberry layer cake.

Packed with peanut butter and bananas, two of his most favourite flavours, it’s a gluttonous treat made for those days when you just want to indulge. Uh hur-hur. Here’s a question: what does the world’s most famous ‘momager’ bake when they fancy a homemade sweet treat? Kris Jenner, mum to the Kardashian klan, manager to the stars, has revealed that her berry crumble steals the show every time. We expected something a little more lavish, but then, why try harder when you’re already number one? Take a look at the recipe, and decide whether it should actually be called a “Krumble”. We think so.

Do you know of any more recipes beloved by the famous and fabulous? Let us know, we’d love to build up our repertoire! Oh, and don’t forget to follow us on Facebook.