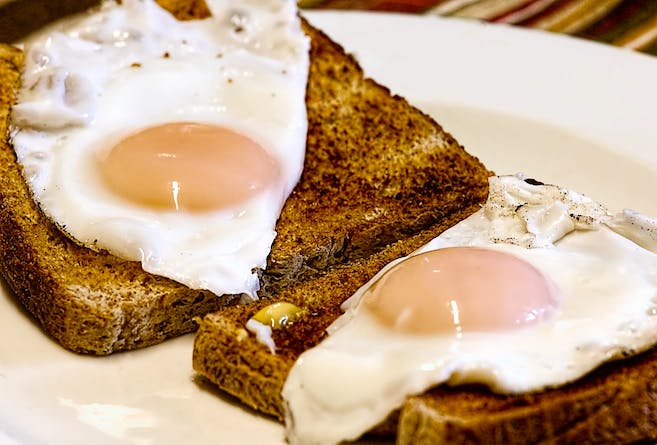 With The Great British Bake Off now back on our TV screens, it’s tempting to sack off the summer healthy eating regime and veg out in front of the TV, slice of cake in hand. But we all know, if we’re to ensure we keep ourselves in tip top condition, a diet laced with carb-heavy cake – and more worryingly, calories in general – isn’t always the best plan.

So how do you stay in shape when temptation presents itself? And which ‘diet’ or healthy eating plan is the way forward? There are so many of them out there, it can be a minefield when it comes to knowing where to begin. Seeing as this section of the My Appliances site is, first and foremost, a food blog, we thought we’d lift the lid on some of the biggest eating plans on people’s lips (and hips!) at the moment. Read on…

It’s often been suggested that eating little and often is not just the key to staying trim, it can help keep you healthy too. And a recent article over on The Daily Mail website suggests just that, stating that six meals a day could be a better idea than three. Amongst other benefits, eating half a dozen small meals every day could reduce your chance of dying from clogged arteries by a staggering 30% – take a look at the article (simply click the link above) to find out more. We reckon that’s reason enough to give it a go; what do you think?

Experts have always hinted at the fact that a Mediterranean diet is good for us – but why? According to another piece over on The Daily Mail site, enjoying a diet rich in olive oil, veg and nuts can also help cut heart disease. But there’s much research that suggests that a diet like this can ensure you live longer in general.

So, why are more and more people going gluten-free? Some are even opting to follow the diet despite not actually having an intolerance to gluten.

Jamie Oliver suggests it can offer a host of health benefits – but only for those who can’t stomach gluten. That said, are you considering giving it a go? While it’s been known to help some shift excess pounds, it can prove quite a costly lifestyle change too. And ‘going gluten-free’ is just that; you can’t simply opt to cut down if you have an intolerance; it really is all or nothing. Where once you’d rarely hear about veganism, it now seems to be out there in full force – with lots of vegan-friendly cookbooks popping up and topping the best seller lists. The Vegan Society offers loads of good reasons to give the diet a go – why not take a look here?

So, which diet’s for you? It’s really about working out which one works best for you – and which regime falls in line with your lifestyle a little easier too. If you’ve always been unsure about meat, maybe now’s the time to go veggie – or vegan. And if you suspect bread and pastry’s to blame for a sore, bloated tummy, maybe it’s worth considering that gluten-free way of life once and for all?

Let us know which regime works for you? Do you have any top tips? Or do you avoid healthy meal plans and ‘fad diets’ altogether and instead stick to a good, balanced diet instead? As ever, don’t forget to join the conversation over on Facebook – we’d love to know what you think.