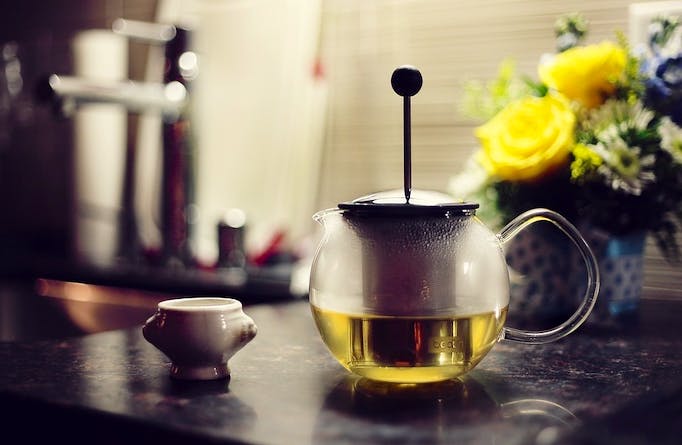 Tea. It is, without a doubt, the most quintessential British drink. We love to drink it in the mornings…and the afternoons…and the evenings…Why, we even have an exclusive meal dedicated to the drinking of tea!

It is therefore not surprising that we have a National Tea Day. Today – Wednesday, April 21 – get ready to celebrate all things English breakfast tea. In this article, we’ll be suggesting some ideas on how to do just that. So grab a cuppa, sit back and read on!

A Brief History of English Tea

We didn’t always have our beloved tea here in the UK. The custom of tea drinking originated in China in the third millennium BC. It was only in the late 17th century that tea began arriving on the shores of England, with steady imports of tea beginning in Europe around 1610. Even then, it wasn’t until the 1660s that tea became popular, thanks to a certain King Charles II.

It became so popular, in fact, that it began to be sold at the equivalent of £2,000 in today’s money, as well as slapped with heavy taxes. Thankfully, in the 21st century, tea is affordable for all. And it’s a good thing, otherwise we wouldn’t be able to have our afternoon tea!

Speaking of which, afternoon tea first came to prominence in the early 19th century, when Anna Russell, the seventh Duchess of Bedford, made a habit of eating bread, butter and tea to tide her over in the long stretch of time between her afternoon and evening meals. This meal became known as ‘afternoon tea.’

So now that you’ve brushed up on your history of English tea, it’s time to get to the fun stuff – celebrating National Tea Day! And what better way is there to do just that than by indulging in a traditional afternoon tea?

How to Enjoy a Traditional Afternoon Tea

How do you do afternoon tea? Chances are, it involves a chunky mug, a teabag and a digestive biscuit or a small cake.

In honour of National Tea Day, why not have a traditional afternoon tea? While the pandemic means your tea won’t be such a social event, you can still enjoy by yourself or with members of your household.

First, pick your poison – and by posion, we mean tea. And boy do we have a wide range of teas to choose from! From black tea and Earl grey to green tea and herbal tea, you’re absolutely spoilt for choice. It’s your choice if you want to prepare your tea from a teabag or from loose leaves.

Got fancy chinaware? Now’s the time to break it out!

If you have a tiered cake stand, do take that out as well. It’s here that you’ll store your afternoon tea treats. This includes delicate finger sandwiches, scones with clotted cream and preserves, cakes and pastries.

And if you really want to follow traditional tea etiquette, fill the top tier of your cake stand with scones, the middle with sandwiches and the bottom with everything else. Most importantly, remember this order of eating: sandwiches, scones and then sweets.

Now get out there and enjoy National Tea Day with a nice cuppa!