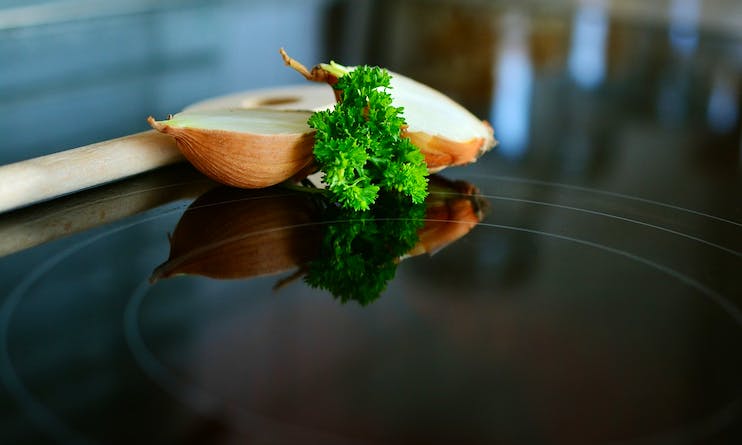 Do you have a friend or relative who has all the mod cons? Perhaps they had one of those Amazon Echo Dots long before everyone else? Or maybe they own an electric car. And they probably think induction hobs are the best thing since sliced bread, too. And do you know what? They’d be right.

Well, we are biased here at My Appliances, but hobs like these really do offer a host of benefits.

Today on the blog, we’re running you through a few reasons why an induction hob makes perfect sense for your kitchen. We’ll start, though, with explaining what a hob like this actually is though – just in case.

What is an induction hob?

Working through conduction, induction hobs generate heat through, you guessed it, induction. But to work, a hob like this needs to be paired with pans made for induction hobs. There’s no point in owning an induction hob if you don’t have a steel or iron saucepan.

But how does an induction hob work? Basically, as contact is made, an electromagnetic current passes through the pan and makes energy in the form of vibrations. These then emanate heat, with the saucepan heating up for the simple and swift cooking of food.

The best bit? The hob remains cool throughout. Why’s that, though? There is no latent heat produced from the coil, so what happens instead is the heat generated from the pan radiates back into the hob – meaning a safe and effective solution for your family kitchen.

Let’s get onto those benefits, then…

Of course, we’ve just mentioned this one but it really is worth us saying it again. If you have little ones in the house, there’s really nothing better than an induction hob. You’ll certainly feel more at ease cooking or baking with your kids when you have an induction hob.

They Can Be Cheaper

True, when induction hobs first exploded onto the cookware market, they were expensive. But with rising demand comes a whole lot of relailers – including ourselves – who’d like to keep their costs down to ensure customers are kept happy. What that means for you, then, is induction hobs can provide great value for money, as well as being a safer option for your kitchen than the traditional ceramic hob (pictured below). They Make Light Work of Your Evening Meal

Did you know that some in-built power-boost options produce a 50% increase in power output?  It’s a staggering statistic, but it’s true. When you bear in mind that induction hobs can heat a pan almost twice as fast as a gas hob, you’ll be ready and raring to get in the kitchen and make the evening’s meal. Suitable for busy lifestyles, hobs like these will ensure cooking takes less time – and for that reason alone, we’d like one. One second while we add an induction hob and some shiny new induction pans to our Christmas list…

Do you have an induction hob? Tell us what you love about it by joining the conversation on Facebook and Twitter.