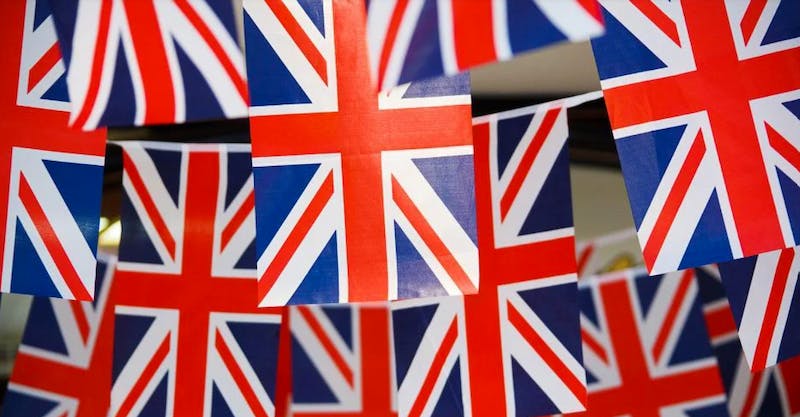 The weekend of June 2 marks the Queen’s platinum Jubilee, with the event being recognised with a public Bank Holiday – hooray! So, what will you do to celebrate this momentous occasion? Below, we share some ideas to give you some much-needed inspiration. Read on…

What is the Queen’s Platinum Jubilee?

The Queen’s coronation took place on June 2, 1953, at Westminster Abbey in London, with the major Platinum Jubilee celebrations taking place from Thursday, June 2, 2022, and continuing over the weekend until June 5.

The Queen will become the first British Monarch to celebrate a Platinum Jubilee, having completed 70 years of service.

Details of the Jubilee celebrations are being released in stages, says the writer behind this piece in The Telegraph. ‘Plans are already under way for street parties, the Queen’s Green Canopy campaign, the Platinum Pudding Competition, and the emblem design that will be used throughout the official festivities.’

How will you celebrate?

Whether you plan to host an all-singing, all-dancing street party or a more humble barbecue for close friends and family, we know you’ll have a great time. Especially if we’re treated to some nice weather over the long weekend. Below are some ideas to get you in the patriotic spirit…

Is your street throwing a party? Or perhaps you’re having a few people over to your house. If either one is the case, share the cost of catering to everyone by making it a Jacob’s Join, whereby everyone brings one big dish along.

Consider setting up a WhatsApp group or Facebook event you can share with the attendees, then you can all work out who’s bringing what.

Can’t get together with everyone? Host an online party instead. It saves people travelling when the roads are no doubt going to be hectic. You could put together a royal-themed quiz or a few fun, patriotic party games – and ask everyone to wear something featuring the union flag. Well, it’s got to be done.

Who doesn’t enjoy miniature sandwiches and cakes? We certainly do.

So, throw a quintessentially British afternoon tea at home – or head to your nearest tea room (make sure you book in advance) to partake in a truly elegant English pastime. Again, you could make your afternoon tea a Jacob’s Join, asking everyone to bring one type of cake or sandwich.

Why not also consider hosting a Great British Bake Off-esque competition? Just invite everyone to bring along a cake ready to be critiqued by the rest of your guests. Host the afternoon tea inside or out and throw in some fun party games too.

There’s nothing more British than Glastonbury festival, so why not host a mini music event of your own, featuring all your favourite classic British hits? You’ve got to include some tracks by the one and only Queen in there, too. Again, add some regal games or invite everyone to wear Jubilee-themed fancy dress and get into the spirit in your own unique way.

Easy to plan and a great way to spend a summer’s day in June, a Jubilee-themed picnic is just the ticket.

How do you plan to celebrate the Queen’s Jubilee? Let us know by commenting on this blog post below.