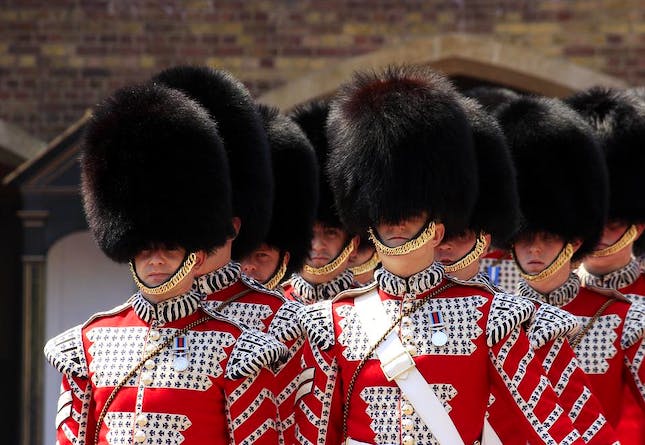 Once your invitations have been sent out and you’ve planned your Jubilee decorations, the next thing to think about is what sort of food to serve at your party. Not to worry, as we’ve compiled a list of Jubilee party food ideas that hopefully will inspire you. Read on…

A truly fitting option to serve at your Platinum Jubilee party are coronation chicken sandwiches. This classic (and delicious!) commemorative sandwich consists of chicken mixed with mayonnaise, curry powder and other herbs and spices, as well as optional other ingredients such as raisins.

Coronation chicken sandwiches have been a staple of celebratory lunches since they first appeared at Her Majesty’s coronation in 1953, so make them part of your own Platinum Jubilee party. Give this recipe a try to get that chicken-mayo-herb ratio perfect the first time.

Is a party ever a party without a charcuterie board loaded down with a mouth-watering assortment of cheese, crackers and meats? We think not!

A cheeseboard can be filled with just about anything, and that’s what makes it such a crowd-pleaser. Depending on the size of your guest list, add to your board two to five types of cheeses, two to five types of meats and plenty of crackers or oatcakes of your choice. You can also add fruit, berries, nuts and any other finger food.

A classic British dish, as well as a popular addition to any party, Scotch eggs are ridiculously easy to make but oh so tasty. This Scotch egg recipe only takes 20 minutes of your time, with simple ingredients and an even simpler cooking process.

Serve your Scotch eggs halved, and with plenty of piccalilli on the side (see this piccalilli recipe to make your own).

Sausage rolls are a party favourite, and it’s not hard to see why. They’re the perfect appetiser size, easy to make and, most importantly, sure to please even the fussiest palate.

If you’re pressed for time, you could pop into a shop and pick up a pack of readymade sausage rolls. However, making them from scratch is really quite a doddle.

Check out this recipe so you can make your own sausage rolls for your Platinum Jubilee party.

Surely you’ve heard of the nationwide Platinum Pudding Competition hosted to select a new pudding to debut for Her Majesty next month. In honour of this competition, why not serve your own pudding at your party? No meal is complete without pudding, after all!

There is a wide range of desserts suitable to serve at a party, so it was after much debate that we finally settled on sticky toffee pudding. Sweet, indulgent and rich, enjoy this pudding while watching the events of Her Majesty’s Platinum Jubilee on the telly.

Try out this recipe for individual sticky toffee puddings, the perfect size to serve your guests.