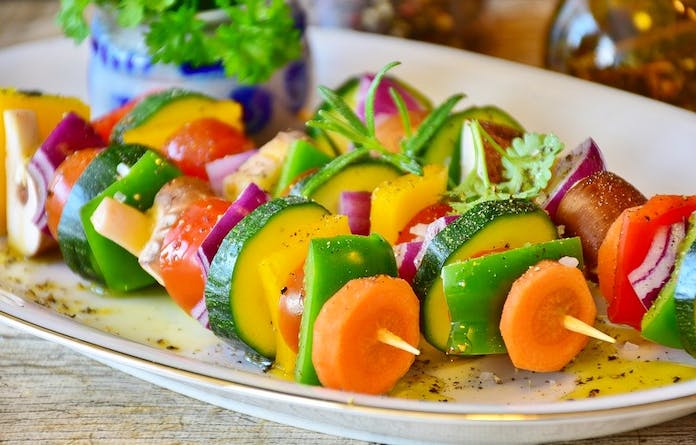 Who here signed up for Veganuary this month? According to its website, Veganuary has inspired and supported more than half a million people in 178 countries to go vegan in January – and that’s since 2014. Working with businesses to drive vegan food provision in shops and restaurants, the scheme has made veganism more visible and accessible.

You may have been moved enough to take a meat and dairy-free pledge yourself over the last few weeks. If so, how did it go? Did you find meal prep was easier or harder – and were you pleasantly surprised by the range of plant-friendly foods on offer?

If you’re thinking of going vegan on a longer-term basis, here are some things to consider:

The Vegan Diet is Believed to Be Lower in Cholesterol

According to the BBC, the vegan diet is generally considered to be higher in fibre and lower in cholesterol, protein, calcium and salt than an omnivorous diet. There are still misconceptions and concerns around cutting meat, fish, eggs and dairy from our diets, though, suggests the piece. One of them is the fact that the vegan diet might not contain enough vitamin B12 – see the full article by clicking the link above.

It May Help You Lose Weight

The Medical News Today website suggests switching to a vegan diet ‘may help a person lose weight, at least in the short-term’. This is according to a 2016 meta-analysis, though scientists need to carry out longer term controlled studies to understand how the diet may affect weight.

It Could Help Boost the Health of Your Heart

The authors of a 2014 study found a lower risk of cardiovascular disease in people who followed a vegetarian diet in India. ‘Studies in western countries had already produced similar results.’ says The Medical News Today website.

It May Be Cheaper

Meat can be expensive, but when you follow a vegan diet, you can shop much more wisely. Visit your local grocer’s (if you still have one!) and grab cut-price fruit and veg at the end of the day. It may not be as fresh as it might be in the morning, but you can blend the veg to make a delicious homemade soup and you probably won’t know the difference.

It’s Kinder to Our Animal Population

The biggest benefit to going vegan? Well, it has to be the welfare of our animal population, doesn’t it? The Animal Aid website backs up this fast: “Going vegan is one of the best things you can do to help end animal cruelty. By refusing to pay for animal products, you reduce demand for them, ensuring fewer animals are bred to suffer and die on farms and in slaughterhouses.”

Missed Veganuary but want to go vegan in Feb and beyond? The Veganuary website is packed with inspiring recipes and blogs to get you started. Just head here to get stuck into the site and pick out the meals and ideas that suit you and your lifestyle.

In the meantime, why not let us know how your vegan diet is going – just comment on this blog post below. You can also find us on Facebook, too – go on; join the conversation.