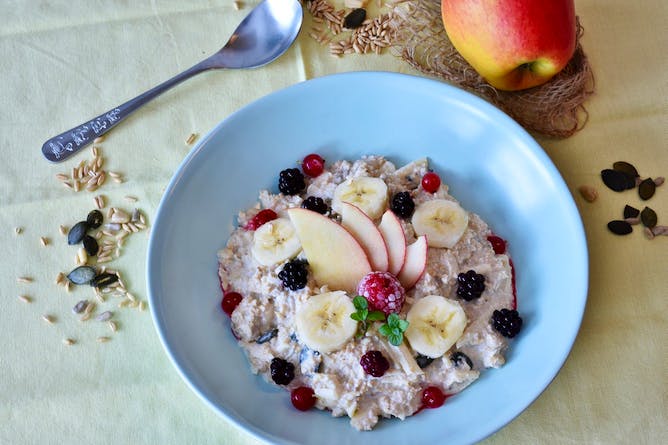 Who actually knew there was a day in place to celebrate porridge?! Indeed there is, though – and it takes place this Sunday (October 10).

Whether you like or love porridge, we thought we’d share a little weekend breaky inspiration for you…because, why not eh? Read on…

What is World Porridge Day?

The very first World Porridge Day was held in 2009 – and the global event aims to raise funds for the charity Mary’s Meals, based in Argyll, Scotland, which aids starving children in developing countries.

The charity feeds more than two million children in 19 countries around the world every school day – and you can help by heading to its website (above). In Malawi, Zambia and Zimbabwe, the children are normally served steaming mugs of porridge, each bowl enriched with vitamins. The nutritious breakfast food helps them learn and grow, with Mary’s Meals saying a humble bowl of porridge has the ability to save lives.

Why should you consider eating porridge too?

There are lots of health benefits linked to consuming oats, with the BBC Good Food site writing a piece all about them. The site also shares a handy ‘how to’ guide to ensure you make the perfect porridge every morning. After all, it is the perfect time of year to eat porridge.

The article highlights a study by Harvard University, which discovered that ‘people who eat plenty of oats and other wholegrains live longer and are less likely to die from heart disease.’

The grain can also help lower high blood pressure and reduce cholesterol. It’s also jam-packed with lots of vitamins, minerals and fibre. As it’s a slow-releasing food, it’s handy to help keep you going, too – whether at work or ahead of a gym session.

How to Make Porridge

The BBC Good Food team says you should start with the basics…the oats.

If you like a chunky texture, jumbo or rolled oats are the way to go. Packets labelled as ‘porridge oats’ usually contain a medium-ground oatmeal, for a finer texture, states the article.

While you can make porridge with water, we say it’s almost always better with milk – although some people opt to choose a blend of half water/half milk.

If you like a creamy porridge, warm it gradually, cooking it on the hob by bringing the porridge and milk mixture to a boil, before turning down to simmer for about five minutes. You can also warm it in the microwave, which generally takes around five minutes. Be aware of any milky eruptions though, say the people behind BBC Good Food.

Now for the toppings…

Some people like to eat their porridge cold – in a bircher-style (raw) way. For this style of porridge, the oats are mixed with milk and left to soak overnight in the fridge.

Whether you like your porridge hot or cold, though, the toppings really do make a great breakfast. Add anything you like…from chopped fruit and nuts and even the sweet syrups that would usually make their way into your coffee.

If you’re not feeling hugely healthy, add chocolate chips and golden syrup for a deliciously indulgent weekend treat. Health nuts, meanwhile, will want to add things like chia seeds, chopped fruit and anything else that takes their fancy.

Are you a porridge fanatic? Let us know in the comments below – and don’t forget to share your favourite flavour combinations.