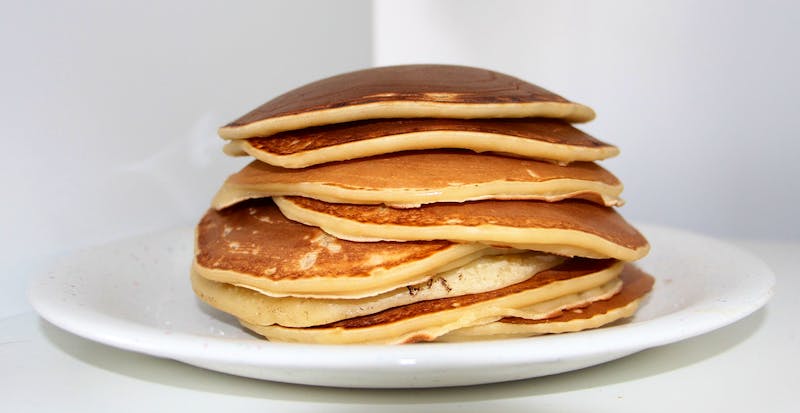 With American phrases and trends seeping into popular British culture, we knew it wouldn’t be too long before we began adopting their ‘signature dishes’, too. And it seems we were right!

You only need to glance at your Facebook or Instagram page to see popular US delicacies like cronuts (the croissant-doughnut hybrid, if you’re wondering) and s’mores (chocolate biscuits topped with toasted marshmallows) filling up your timeline.

So, with July 4 very much on the way, what better time to celebrate all things USA than by sharing with you some top tips when it comes to making the perfect all-American breakfast? Ready, steady, eat! According to one site, there’s actually a scientific formula behind the perfect American breakfast. Apparently, bacon should always be cooked in the oven and you should also add baking soda (yep, really!) to your fries.

But of course, that’s just one opinion – and it all comes down to personal preference on the breakfast front. Whether you prefer your bacon with lashings of maple syrup or you enjoy your pancakes on the stodgier (rather than fluffier) side is entirely up to you. That said, here’s a few tips everyone can try at least once…

An all-American breakfast just wouldn’t be the same without pancakes – and Jamie Oliver’s got his very own recipe for getting them spot on. He has a tip, of course; “go for corn pancakes over blueberry ones.”

“You must try the corn pancakes. On one condition – you must use fresh corn. To do this, remove the outer leaves and carefully run a knife down the cob – this will loosen all the lovely pieces of corn – and sprinkle these raw over your pancake, before flipping it in the pan. I like to have some grilled bacon over my corn pancakes, drizzled with a little maple syrup. This sounds bloody horrid but it honestly tastes great!

Here’s something you probably weren’t aware of: Americans rarely eat boiled eggs for breakfast – and nearly all restaurants (particularly in the touristy areas like Las Vegas) will offer you eggs in almost every way – from fried to scrambled – but boiled.

Like your eggs ‘dippy’, you’ll want to ask for them sunny side up. If you don’t, you want to instead ask for them ‘over medium’. Of course, when it comes to cooking your fried eggs the way the Americans do, you’ll be glad to know there’s really no difference to how we’d whip one up in the morning. Other than, you know, they probably use a heck of a lot more cooking oil than us.

Guess what though? They’re so easy to make! The blogger over on Serious Eats, says it all comes down to choosing the right potato, adding: “Since crispiness is the name of the game with shredded potato hash browns, I went with the good ole’ Russet potato, which just loves to form crackly crusts.”

So there you have it; there are certainly a few things to think about when cooking the winning all-American breakfast.

Will you be giving any of these recipes or tips a go ahead of July 4? Or perhaps you’re heading to America for the occasion? Let us know by commenting below.